Missed Our Radio Dramas? - No Worries!

Throughout January, Theatre and Communication Arts professor William Cameron taught the course COM250: Radio Drama. Students got the opportunity to preform live radio plays, some written by Professor Cameron and fellow classmates.  Check out Brad Hundt's story "Blast from the Past" about Bill Cameron's Radio Drama course, in the Washington Observer-Reporter.

The second drama was Professor Cameron's The Last Ride.

We returned to high school in Pick a Side by Valerie Swick (’14).

Next we had Sidekicks by Jessica Zack (’14).  This play was recently presented at the Kennedy Center American College Theatre Festival conference in Baltimore and was adapted for radio.

We ended the string of comedies with Bill Cameron’s wacky comedy The Vicki and Jenna Show.

Tune in Sundays at noon for another new addition to our schedule of syndicated programs. Big Picture Science engages the public with modern science research through lively and intelligent storytelling. Big Picture Science takes on big questions by interviewing leading researchers and weaving together their stories of discovery in a clever and off-kilter narrative style. What came before the Big Bang? How does memory work? Will our descendants be human or machine? What’s the origin of humor? This radio program reveals science as an adventure!

The radio drama students have been meeting every weekday this month in order to prepare for their performances. The following radio dramas will be performed on Thursday, January 17 at 3PM:

Students are graded on creativity, resourcefulness, preparedness, focus, listening, respect for fellow students, and ability to work with the technical aspects.  Each student was required to achieve Level 1 Certification and therefore is able to have their very own radio show!

*Make sure you tune in to 91.7 fm WNJR for the final production day of Radio Dramas on Thursday, January 17th!*
Posted by Anonymous at 3:00:00 PM


Powwow step!  According to The New York Times, A Tribe Called Red "meshes the pounding beats and cutting chants of powwow music with the pounding beats, bruising bass lines and sonic zingers of international dance music and does it with muscle and good timing." Their self-titled record is now in high rotation at WNJR and available as a free download:

Do you have a passion for music, or a hobby you'd like to share with the world?  If you are a Washington area resident, or a W&J student or employee, you can get your own radio program.  We will provide all the training you need, at no cost to you. Start by clicking on the Join Us tab above.  If you have questions about getting involved with WNJR, call us at 724.223.6039, or e-mail Station Manager Liz Pace (W&J class of 2014), or Faculty Advisor Anthony Fleury (Associate Professor of Theatre and Communication). 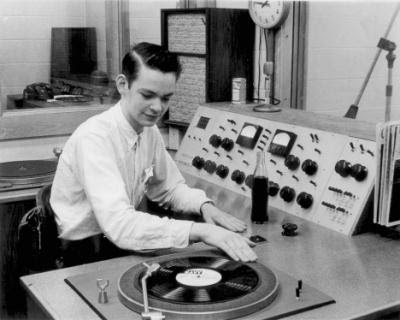 We are adding some new syndicated programs to our schedule this year, including The Needle Drop, Fridays at noon right after Al Jazeera English.   The Needle Drop is nothing but songs you've never heard on albums you haven't seen by bands you don't know.  Every week, The Needle Drop features an hour of the best rock, pop, electronic, and experimental music out there today. It's hosted by Anthony Fantano, "the internet's busiest music nerd," who makes the show an authentic new music experience and the next best thing to having a friend with an almost endless record collection.