Alex Crossan, better known in the music industry as Mura Masa, is a 21 year old electronic music producer and song writer.  His debut, self-titled album Mura Masa, was released earlier this year in July.  Since then he has been nominated for two Grammys including one for Best Dance/Electronic Album and one for Best Recording Package.  The Mura Masa album includes songs like "Messy Love," "What if I Go," and my personal favorite "Love$ick." Mura Masa is able to combine many genres into his music and create songs unique to the electronic genre. If you're interested in hearing more from Mura Masa and other artists like him then be sure to tune into WNJR 91.7FM!
Posted by Anonymous at 2:26:00 PM 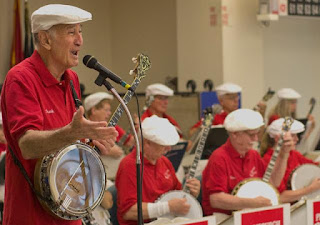 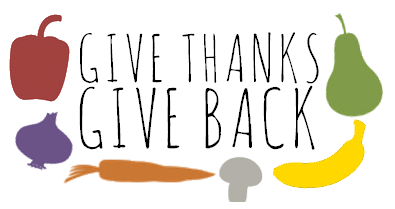 Source: Centris
Thanksgiving is quickly approaching, that means that there are plenty of opportunities to give to help the less fortunate!
Presidents' without Borders is hosting a plastic bag drive until the end of November. The plastic bags will be woven into mats for the local homeless population. There are bins around campus collecting the bags, including G&T's, the lobby of Commons, and the library. Everybody's got plastic bags so put them to good use!
Food drive for the Salvation Army Emergency Food Pantry is happening at W&J from November 13th-22nd Requested items are: Peanut Butter, Jelly, Tuna Fish/canned chicken, boxed milk, pasta & sauce, soup, taco kits, cereal, pancake mix and syrup, canned veggies and beans, rice.
KISS Stuff-A-Bus collection for the Marine Corps Toys for Tots will start accepting donations of new, unwrapped toys on November 27th until December 1st, so pick up some toys to give to that during your Black Friday shopping!
Here is a link to see the hours of W&J campus services for the rest of the week. WNJR will still be playing music all break. Happy Thanksgiving!
Posted by Zoe Pienkoski at 1:57:00 PM

Tyler Minford is a Los Angeles producer, better known by his stage name Louis Futon.  I first heard of Louis Futon through ODESZA's Foreign Family Collective label, when they released the song "Wasted On You," which can be heard below!  Since then Louis Futon has released many new songs including "Surreal," "Royal Blood," and his most recent release was released this morning and is titled "Restless Sea." Louis Futon's work is dynamic and combines various genres including electronica, hip-hop, and R&B.  Louis Futon has toured previously with Louis the Child and is currently on tour with ODESZA.  The two artists will be in Philadelphia next week from the 20th to the 22nd, so if you are able to get your hands on some tickets I highly suggest checking them out! I know I'll be there! If you're not in the area be sure to see if they are coming to a city near you! Otherwise be sure to tune in to hear more from Louis Futon and other artists like him at 91.7FM WNJR!

This weekend at Olin theater there will be performances of "The Library" a play written by acclaimed screenwriter Scott Z. Burns. The show is about a high-school student, Caitlin Gabriel, who survives a deadly shooting in her school's library, only to learn that her side of the story is being viewed with suspicion and scorn. As Caitlin struggles to set the record straight the media, the community, even her parents cling to an alternative account of the shooting that casts her in a negative light. This audacious and unnerving play,  is based in part on actual events surrounding the Columbine shooting. "The Library" directed by Bill Cameron, will be performed Thursday, Friday, and Saturday night at 7:30pm, with a matinee on Saturday at 2:00pm. There is limited seating so please arrive early for the best seats. This event is FREE and open to the public so come by and support the arts at W&J! You'll even see our favorite publicity and events coordinator, Amina in the show!
Posted by Zoe Pienkoski at 1:40:00 PM

Hello! Hope y'all are staying warm now that temperatures are dropping. Looking for activities to do indoors in this cold weather? Tonight, Friday November 10th, Eric Dittelman, a mind reader, is coming to campus to amaze us with his skill: mind reading. Dittelman combines mind reading with stand up and improvisational comedy. He was a semi-finalist on NBC's "America's Got Talent" in 2012. Along with that he has been a guest in the Ellen Show and has been featured in world renowned magazines like "Entertainment Weekly", "Rolling Stone", and "The National Enquirer". Stop by at G&Ts tonight at 8:00pm to enjoy this show!
Posted by Unknown at 4:42:00 PM

Hey guys! I hope you're ready for some new music! Henry Allen, better known in the music industry as King Henry, recently released a new EP title "For You."  King Henry has worked with many big artists, including Beyonce, Justin Bieber, Diplo, and The Weeknd.  King Henry originally had no intention of working on "pop" music, but he claims that his work has helped him to grow as an artist.  King Henry's electronic style can be seen in previous songs such as "Don't Stay Away" and "Gold Dust." In his new songs "I'll Be There" and "Moment," Henry continues to expand his musical abilities.  Be sure to tune into WNJR 91.7FM to hear more from King Henry and artists like him.
Posted by Anonymous at 1:50:00 PM

Artist of the Week: Camila Cabello

Happy Thursday! As the week is approaching the weekend, now is the time to listen to the hit single by the one and only Camila Cabello. Camila is the artist from Miami, Florida that started her vocal career in 2012. She is previously known for being a member of the group Fifth Harmony, but she decided to leave the group and peruse her own solo career. It's easy to say that this decision has been great due to her releasing Havana and it reaching top ten in numerous countries, while also being number one in the UK and Canada.  At the age of 20, Camila is having a successful career and has many more hits to come. Here is Havana to lead you into the weekend, hear great music from a great artist, and even watch a hilarious video that seems to be a mini movie. Talk to you next week! 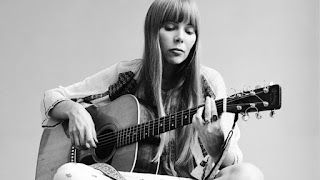 Happy November! Hope you all had a safe and fun halloween! This weekend is full of fun activities, but the Latino Cultural Association will be having their second annual festival. This event will be taking place in the Rossin Ballroom on Sunday Nov 5th from 5:30pm to 7:30pm. There will be free food, a live band, prizes, and other small activities! Make sure to stop by and learn about different cultures with great music and food!
Posted by Unknown at 4:47:00 PM

Hey guys! I hope everyone is ready for some new music! Pham was born and raised in Poland and began producing music around the age of 16.  Pham released his first EP titled "Movements" in 2016, and has been releasing new music ever since.  Pham also recently collaborated with Austin Paul to produce the EP titled "Ugly."  Pham's music is very unique, and his goal is to combine multiple genres which can be heard in the songs "Alibi" and his most recent release "No Questions."  A few of my personal favorite songs are "My Way" and "Movements."  Be sure to tune into WNJR 91.7FM to listen to Pham and more artists like him!
Posted by Anonymous at 1:54:00 PM

Happy Wednesday peeps, I know I've been AWOL for a bit, but I'm back! We at WNJR hope you're ready for a splendid weekend coming up, but until then I'll introduce you to our guest today: Mr. George Michael.

George Michael was born in London, England of June 1963. George Michael seemed to have been involved in music at an early age. While in high school, he met Andrew Ridgeley and though they were an odd duo, they were both lovers of pop music, so much so the duo actually dropped out of high school to pursue their love of music. After establishing themselves as the Executive, a ska band, gigs were performed but the band was short lived. Michael and Ridgeley were renamed Wham! and released their first album Fantastic! in Britain in 1982. The band went to make several more albums and produced top hits such as "Wake Me Up Before You Go-Go." In 1986 Michael left the band and soon after, in 1987, won a Grammy for his duet with Aretha Franklin in "I Knew You Were Waiting." Michael would make many more hits through his life, performing with other greats such as Elton John. Michael had been involved with legal battles and press for the ending of his Sony contract and for coming out as a gay man during  a press release. To learn more about George Michael and his death go here. Tune into WNJR or 91.7FM to catch some of his jams. Below is his famous song "Faith."