Kehlani While We Wait

If you are need of new music that cleanses the soul and uplifts the spirit, look no further, Kehlani has blessed us with her newly released mixtape While We Wait which is streaming on all platforms! The mixtape is made up of 9 songs ranging from love songs like "Love Language" to break up anthems like "Nunya." Kehlani has not disappointed us when it comes to creating bops and music that really allows you to slow down. If you do not know already she is pregnant with her first child, Adeya and that has not stopped her from creating this mixtape in mere months. She does accredit this work to her daughter and titles the mixtape While We Wait because the world is currently waiting on the arrival of Adeya and this music is "while we wait."
Also, if you are looking for a podcast and want to get deeper with Kehlani and poet and writer Reyna Biddy "Sunday Gems"is available on iTunes! They both talk about issues of depression, realities of life, good energy, etc. Go elevate yourself and listen to both the podcast and mixtape! 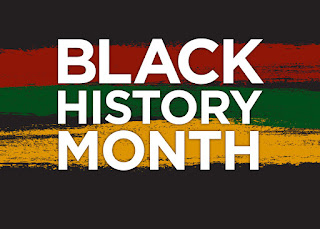 Study Breaks Magazine
We're about halfway through February but there are still plenty of ways to celebrate Black History Month here on campus! Tonight there is R&B Yoga with the Black Student Union at 7:30PM in the dance studio in the new gym (Ross Recreation Center)! It's gonna be a great time, so relax, work out, and enjoying some throwbacks and popular R&B hits! On Saturday (Feb. 16th) at the Hub Alley hear Kai Roberts perform, he will be telling his story of dealing with his anxiety and panic disorder through interactive dialogue and hip-hop music. Be Prepared for good music, meaningful messages, and an overall good time. And while you're at the Kai Roberts performance you'll be able to spy some people from WNJR helping out with the audio! Finally, be sure to send an email to Taylor Grinage at grinagetd@jay.washjeff.edu by Sunday Feb. 17th to request an invitation to the Second Annual Black Legends Ball! The Ball will be on Saturday February 23rd at 6:30pm in the Rossin Ballroom. It will be an great night celebrating Black History Month, the keynote speaker will be Mark Weir, founder and CEO of LEADS- Leadership: Exploring and Developing Success LLC. Come dine, dance, and network! And be sure to attend the BSU bi-weekly meetings at 7:30pm in the Media Room!
Posted by Zoe Pienkoski at 11:00:00 AM

Hey everybody! The Grammy's are coming up in two days, on February 10th at 8:00pm. This will be the 61st annual Grammy Awards and I just want to go over a few of the biggest categories: Album of the year, Song of the year, and Best new artist.
Album of the year nominations- "Invasion of Privacy" by Cardi B, "By The Way, I Forgive You" by Brandi Carlile, "Scorpion" by Drake, "H.E.R." by H.E.R., "Beerbongs & Bentleys" by Post Malone, "Dirty Computer" by Janelle Monae, "Golden Hour" by Kacey Musgraves, "Black Panther: The Album" by Various Artists.
Song of the year nominations- "All the Stars" by Kendrick Lamar & SZA, "Boo'd up" by Ella Mai, "God's Plan" by Drake, "In my Blood" by Shawn Mendes, "The Joke" by Brandi Carlile, "The Middle" by Zedd, "Shallow" by Lady Gaga, "This is America" by Childish Gambino
Best new artist- Chloe x Halle, Luke Combs, Greta Van Fleet, H.E.R., Dua Lipa, Margot Price, Bebe Rexha, Jorja Smith
I think my choices for these three categories would be "Dirty Computer" for Album of the year, "This is America" for Song of the year, and Dua Lipa for Best new artist. What and who do you hope will win? Be sure to tune into WNJR 91.7 to hear some new artists and past (and maybe future!) Grammy winners! Here is Janelle Monae doing a really cool live performance of one of the singles from her album "Dirty Computer"