Sorry that I'm a couple days late guys, but here is the weekly spotlight as promised. Now, I've gone over all the student workers at WNJR Radio, but I think it's important to highlight the amazing men that actually were in charge of hiring the crew you love so much.

Here we have Dr. Fleury, the head of the Communication Arts Department. Dr. Fleury graduated with his two Bachelor's Degrees in Political Science and Speech Communication from the University of Minnesota. He then attended Penn State graduating with his Doctorate in Speech Communication. Before Anthony came to DubJay, he worked at Allegheny College. Anthony has been here since 2003.

And here we have Professor Cameron. Oh man where do I start off with this guy? Well he attended Ithaca College, obtaining his Bachelor's of Fine Arts in Theater. He then went on to Penn State to get his Master's of Fine Arts in Theater as well. Cameron then crossed paths with DubJay in 1987 to teach and help build the theater program and has helped shape it into what it is today.

These men are integral parts of the department and we don't know what we would do without them.  So now that you have been introduced to a small part of the Comm Arts Department, feel free to email Dr. Fleury here or Professor Cameron here if you have any questions or inquiries. Thanks guys and have a great weekend!


Happy Wednesday! Are you guys waiting to hear new music from undiscovered artist? Or just young girls who like to sing? Then you're in for the hit cup song remix by Lennon and Maisy. The two sisters both have always had a passion for music. With the hit of this song, they began to tour the world and even appeared on Ellen! The famous cup song from the movie Pitch Perfect was not only an inspiration for this song, but so was the hit from music artist Robyn song "Call Your Girlfriend." They collaborated both songs together and this is what they got. Hope you all enjoy these amazing girls and give them a listen! 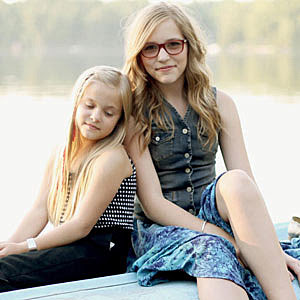 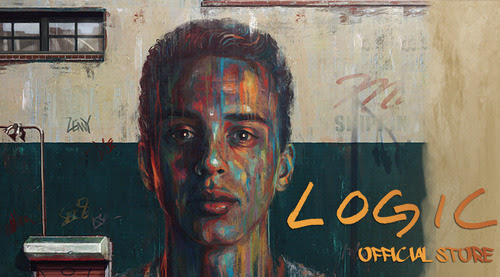 I could not talk about true artist without mentioning an up and coming visionary as Logic. And the fact he is from my area, (the DMV) makes it that much better. After a host of mixtapes, the world has finally been blessed with his new project Under Pressure, Under Pressure is his debut studio album . It was released on October 21, 2014, by Visionary Music Group. It is greatly encouraged that you take the time to sit and listen to Logic, his flow and rhythm is arguable one the "sickest"flows that's been heard in a while. He style reminds me of artist like Chance the Rapper, J. Cole, and Kendrick Lamar. I'm glad to see pure talent come from my area!

Hey, Hey, Hey, Everybody,
Welcome to the Gaming Den

Today I would like to talk about a Nintendo 64 game called GoldenEye 007. Released in 1997, the game was based off of the James Bond movie titled GoldenEye which released in 1995. In this game you play as James Bond as you try to take down a criminal syndicate from shutting London down with a satellite.


Personally, I find this game very entertaining, as you stealth your way around the enemies trying to complete the objectives laid out.

The game was also Re-released for the Wii, PS3, and Xbox 360 as GoldenEye 007: Reloaded

Remember, Remember the 4th of December?

WOW. December 4th was an insane day for new releases. Some good, some bad, some just plain confusing. And of course, it's Monday, so I'm going to tell you all about them!

G-Eazy "When It's Dark Out"
Listen to: "Random," "Me, Myself, and I," "Sad Boy"
Young Gerald has done it again. Every song is a masterpiece in and of itself, and with combined with features from Khelani, Big Sean, Chris Brown, Too $hort, and others, "When It's Dark Out" definitely doesn't disappoint. In fact, I'm having a hard time putting into words just how good this album is... Go check it out for yourself.

Coldplay "A Head Full of Dreams"
Listen to: "Hymn for the Weekend (feat. Beyoncé)," "Fun (feat. Tove Lo), "Up&Up"
This album is solid - but what I'm most impressed with is the collaborations with Beyoncé and Tove Lo. If "Hymn for the Weekend" isn't an instant hit, I will be very surprised. I've had this song on repeat since Friday and don't intend on stopping any time soon.


Kid Cudi "Speedin' Bullet 2 Heaven"
Don't bother listening to any of it.
Apparently Kid Cudi was outraged that his newest released was labelled as "hip-hop"on iTunes, which is reasonable because "Speedin' Bullet 2 Heaven" is certainly NOT hip-hop... I'm not really sure what it is. Regardless of the genre, I do not like Cudi's new album at all. It's alternative lo-fi rock, nothing like anything he's ever done before, and I don't think it's working well for him. I have no problem with artists switching up their sound - Fall Out Boy is one of my all-time favorite bands and they've definitely gone through a metamorphosis in the past 12 years. However, I personally think Kid Cudi is best as a hip-hop artist. "Dat New New" > this new rock sound.

Blackbear "Help"
to: "Don't Stop,"Oh Lord," "Verbatim," "Slide Thru," "Where Was U?..." just go ahead and put the whole thing on repeat
So maybe this album was released November 27th instead of December 4th, but I couldn't ignore it. "Help" has skyrocketed into my top 10 albums in 2015. I highly recommend picking this album up when you grab G-Eazy's new release, because they pair together flawlessly. As if I wasn't excited enough to see Hoodie Allen in March, Blackbear will be there as well... I may just die of happiness at Stage AE.

More albums to check out:
We The Kings "Strange Love"
Walk The Moon "Different Colors EP"

Side note: 3OH!3 (remember them???) released a new song last week as well. It's even worse than Cudi's new album and has an inappropriate title... listen at your own discretion.

Tune in to WNJR tonight at 10 PM for Bad Dance Moves where we will be playing songs from these albums as well as some other jams hand-picked by yours truly!
Posted by Anonymous at 12:47:00 PM 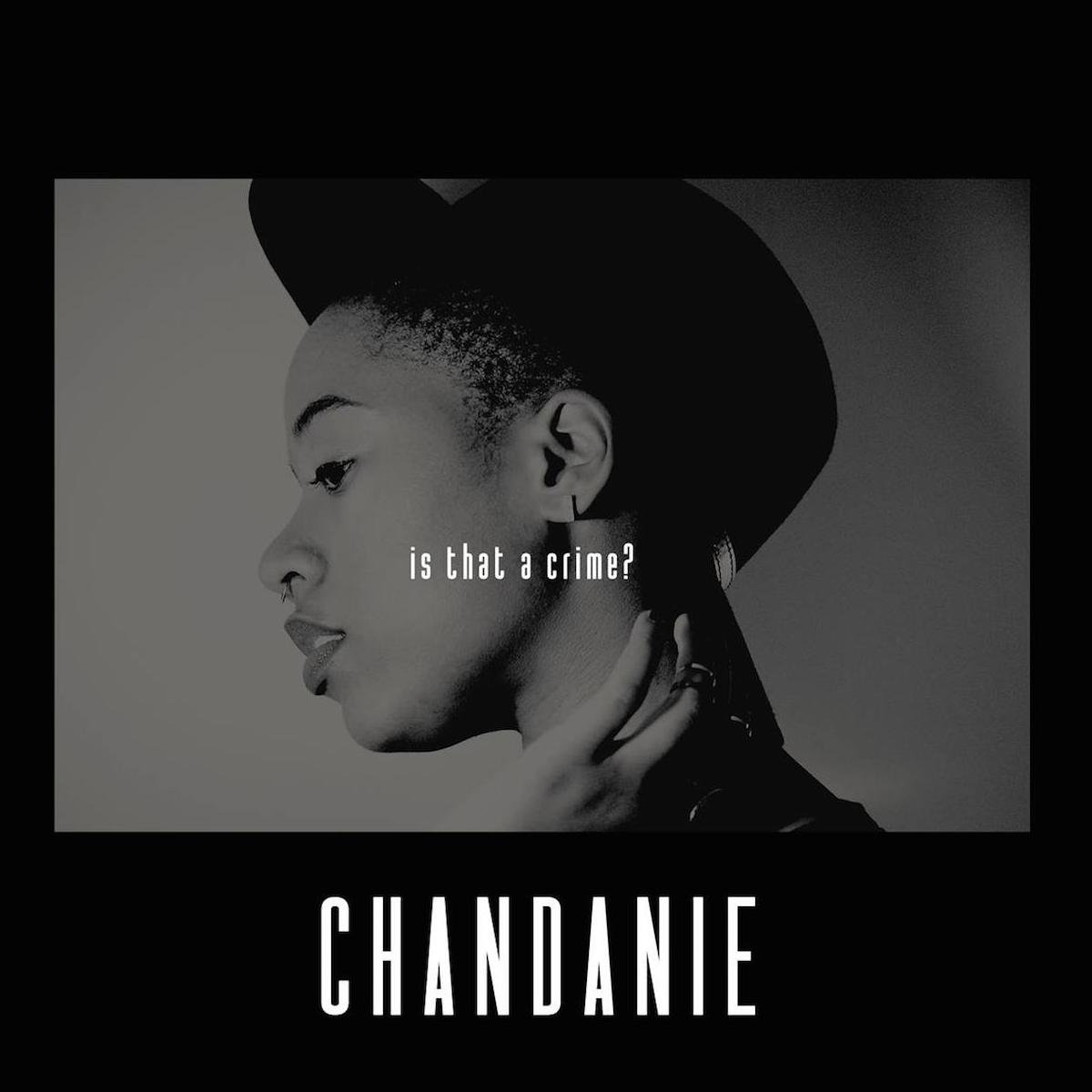 No one (and I do mean no one) can tell me that true soul has gone down the drain. There will forever be doubters that state that neo-soul will never be in the position it once was in the mid 90's to early 2000's. However, those naysayers have neglected to hear Chandanie. There may not be a copious amount of new neo-soulers (yes I made that word up) around, but the ones that come around every blue moon, do so with great justice. Artists such as Chandanie seem to get the fire ignited when it comes to bringing soul back. Chandanie's sound may remind some of the neo greats that came before her, but it does not fail to bring a new sound and look to today's R&B. You can tune into WNJR Radio for listeners for some of her newest records on 91.7 FM.

Run to the Closest Tour Date

Hey everyone! I hope you are all having a great day and are prepared for it to get a whole lot better. You might have heard me talk about Australian DJ Alison Wonderland before. She is an up and coming artist who has performed at many big US music festivals such as Lollapalooza, Firefly, and Coachella. With hits like "I Want U," "U Don't Know," and "Cold" off of her debut album "Run" released earlier in 2015, she is an electronic artist that you do not want to miss. If you did not get the pleasure of seeing her perform this summer, then you will be excited to hear that she recently announced US tour dates for the beginning of 2016! I had the pleasure of seeing Alison perform this past summer at Mad Decent Block Party in Philadelphia, PA, and I highly suggest going to see her if the tour is coming somewhere near you!  I promise that you will not regret it! Don't forget to tune in to Bad Dance Moves Monday night at 10PM if you want to hear some of the Alison Wonderland's work. I hope you all enjoy the rest of your week, and check out the tour dates above!

Happy Hump Day lovely WNJR audience! You guys know what today is so let's get to it! Today's spotlight is on Alberto Cortez, one of the staff members of WNJR and a freshman here at DubJay. He is majoring in International Business and loves it. Sadly, Alberto does not have a radio show, but he did let me know that he does want to have one and would like to center it around country music and the artists' lives of that genre. Cool, right? Look for his show next semester and if you guys have any questions that you'd like to ask about what it's like to work at WNJR or why he chose his major, you can email him here. Have a great day everyone and stay safe!
Posted by Anonymous at 2:58:00 PM

Normally on Black Friday and the Thanksgiving Holiday you spend it buying discounted electronics, and eating as much turkey and yams as possible, but instead this year we have finally been blessed with arguably the best rappers of our time since Tupac and Biggie, down to their respective coast. Kendrick Lamar "Black Friday" (Right) remixed J. Cole (Left) song "A Tale of Two Cities", While J. Cole's "Black Friday" remixed Kendrick Lamar song "Alright." The fans of these two musical talents have been anticipating  when Kendrick and J. Cole would collaborate but according to J. Cole's Black Friday "Never, they can't handle two black men this clever". And I agree wholeheartedly, when the time comes, the world will be ready but until then I'm satisfied with the remixes.

We Came As Romans - Trouble Cover

Happy Tuesday Everyone!
What is better than starting another week off than with We Came As Romans. This band did an amazing cover of Taylor Swifts song "Trouble." With the conversion from Pop to Punk, they added their own remix while still containing the original format of the song. I hope you all enjoy this song and tune into my show "March Badness"every Friday at 12pm to hear pop, rock, hip-hop, and country. Have a great week!

Hey, Hey, Hey, Everybody,
Welcome to the Gaming Den

Why do people game?
There are many reasons for people, some use video games to relax from a stressful day, other people enjoy what the game has to offer, such as making strategies or using quick-reflexes. I use video games to be competitive, using games like Dark Souls or Counter Strike: Global Offensive. There is a sense of fulfillment when you are in the top 3 for a death match. It is also very fun when you are playing in a lobby with 15 other people and we all decide to just start running around with knives and use that as our only weapon, with all of the rage and joy following in suit.
So try out a game or 2, you might find something you like.