Happy Monday everyone! ...I know, Mondays generally aren't happy. I tried. But at least this week we have some great new EDM music from Avicii and Borgore to help us stay awake!

Avicii, whose real name is Tim Bergling, is a 26 year old DJ/producer from Sweden. He has had a number of hit songs in the past five years, including "Hey Brother,""Wake Me Up," and "Levels." Below is a little bit about his new album, "Stories," released on October 2nd! 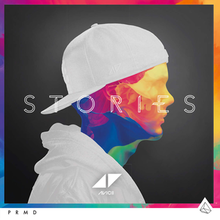 Avicii's new album definitely has a fair share of awesome collaborations, making for a unique sound. With features by Martin Garrix on "Waiting for Love" and a surprisingly impressive collab with the Zac Brown Band on "Broken Arrows," this album is not exactly what I expected it to be... but in a good way. The album also boasts collaborations with Alex Ebert, Gavin DeGraw, and Wyclef Jean.
Some of my personal favorite tracks from the album include "Ten More Days," "Gonna Love Ya," "True Believer," and "Pure Grinding." If you're a fan of Norwegian DJ Kygo, you'll definitely be a fan of this album.

Borgore is not the biggest name in EDM music, but I have a feeling his new EP might change that. Asaf Borger is an Israeli DJ who also happens to be good friends with Miley Cyrus (in fact, they collaborated on a single not too long ago - check out "Decisions!") On October 4th Borgore released a 4-song EP entitled "Keep It Sexy." The EP is high-energy, very catchy, and I'm a huge fan already.

Being that there is only four tracks on Borgore's new release, I might as well just recommend all four songs. However, I must say that my favorite tracks from the EP are "Forbes" and "Out Of My Mind." "Forbes" includes an incredible feature from G-Eazy, one of my favorite rappers - I sincerely hope that G-Eazy fans love this hype collaboration as much as I do! "Out Of My Mind" featuring PRXZM reminds me of a more dubstep, higher energy version of Jack U's song "Mind" featuring Kai.

So, go check out some awesome new EDM music, have a great week, and tune in to Bad Dance Moves tonight at 10 PM to hear some of these songs as well as our picks of the week!
Posted by Anonymous at 12:38:00 PM