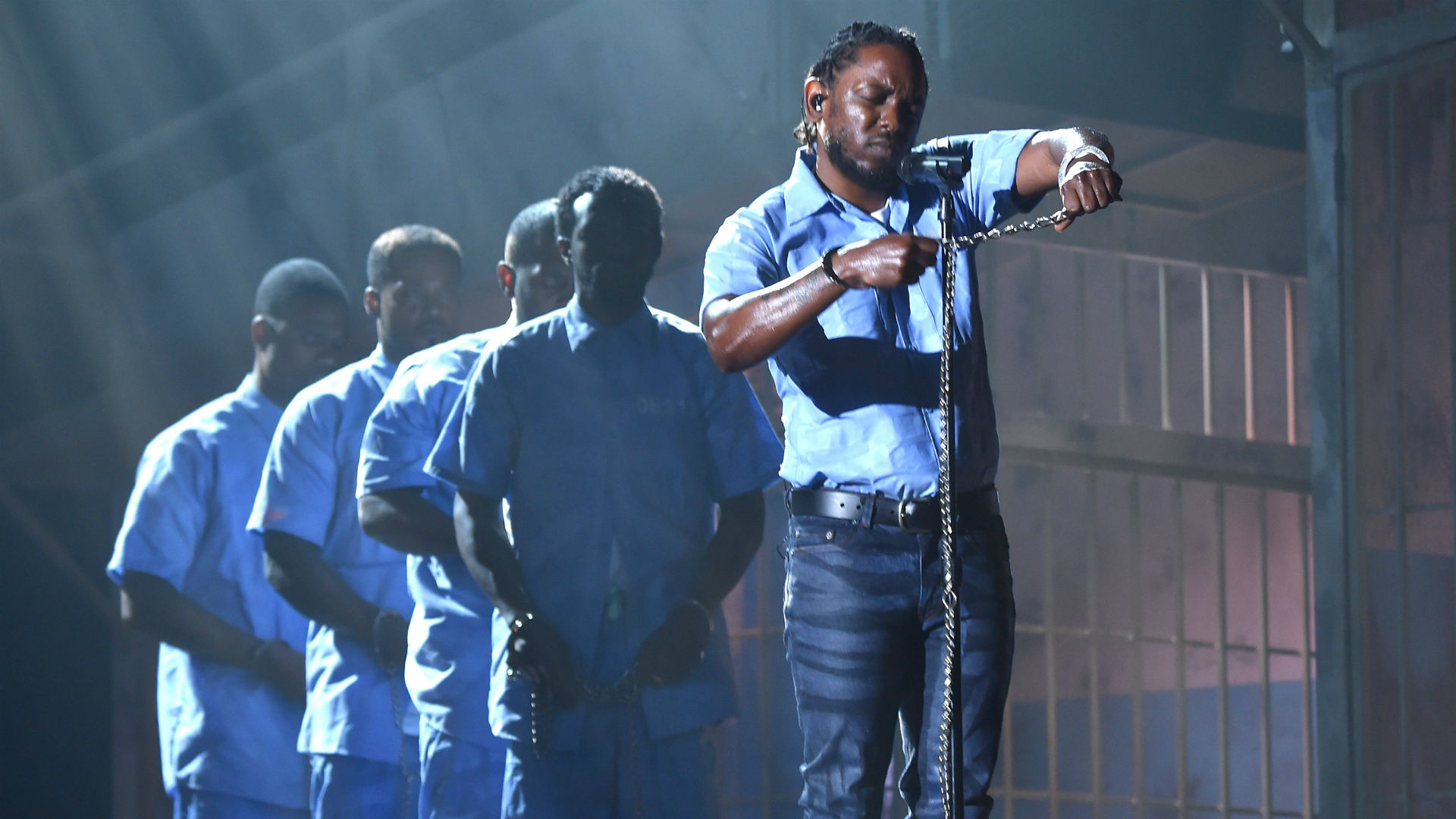 In honor of Black History Month, it is safe to say that Kendrick Lamar Grammy performance did our month justice, despite the lack of attention it gets in mainstream media. Kendrick has managed to bring to our attention the disparity of African Americans. In his performance he references the black males that fills our prison due to police profiling and brutality. Also the Grammy's had to censor "po-po wanna kill us dead in the streets fo sho!" But of course everyone already knew the lyrics. As he made his reference about prison he further mentioned the land we (black people) were stolen from and brought to build America, yet still treated as second citizens.  Kendrick is a musical genius, his songs mixes funk with jazz and poetry, it can be claimed that he is the best rapper of our time. And last night proved just that. Just in case you missed it, I have the link above, be sure to watch and pay attention!