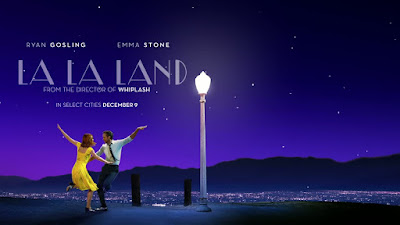 Source:  Movie Clips
After getting nominated for 14 different awards, the movie-musical "La La Land" left the Oscars having won six, not seven as many who turned off the TV early might have thought, being that announcer Warren Beatty announced that "La La Land" had won "Best Picture"and only after they had started their "thank-you" speech did Jordan Horowitz, a producer of "La La Land", correct the misinformation and announce that the movie "Moonlight" had actually won. Despite that, "La La Land" still left with quite a few golden statues, including "Best production design", "Best cinematography", "Best original score", "Best original song", "Best directing", and "Best lead actress". The "Best original song" went to the song "City of Stars", however both that and the song "Audition (The Fools Who Dream)" were nominated from "La La Land" so instead of Ryan Gosling and Emma Stone each preforming their songs, another star of the film, John Legend sang a beautiful mash-up of the two. Congratulations to "La La Land", "Moonlight", and every other winner from last night!