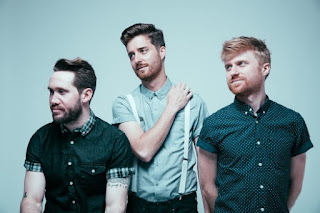 Source: Yep Roc Records
Jukebox the Ghost is a band that's still breaking through. They've been together for about ten years now and are getting more popular every year. They have an alternative pop sound and their songs have some pretty interesting subject matter. J the G has played more than 1,000 shows as they enjoy touring so much. This month they announced a new album and released the single "Everybody's Lonely" from the new Album, and they're going on tour this spring to play their new album "Off to the Races."  In the area around Washington and Jefferson, they'll be playing a show in Millvale, PA on May 18th (tour information here). Here is there new single "Everybody's Lonely":